Opening Day will be structured according to the concept of routes converging from points of entry to the territory toward "Parc Turgeon" in Edmundston where the opening ceremonies will take place. Several activities are planned according to a schedule and a geographical organization which will motivate the participants to travel through the territory of Acadia of Lands and Forests from its boundaries to its core in order to create a movement towards the site of the show "L'Acadie du Monde" (Acadia of the World)...

Using multi-media resources, the grand opening show "L'Acadie du Monde" will offer a contemporary image of Acadia in conjunction with performing artists (singers, musicians, and dancers) as well as artists in visual arts,actors, and writers. Roch Voisine will be the featured performer; he will bring together a line-up of artists from all over to celebrate "L'Acadie du Monde". 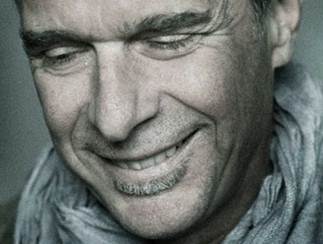 To facilitate the logistics of customs formalities at the border, the August 15th activities are planned following a schedule and a geographical organization that will encourage participants to cross the border from all entry points at the beginning of the day. The participants will be encouraged to leave their cars on Canadian soil and use a shuttle service to cross the border. A second shuttle service will provide transportation towards St. David\Madawaska where the afternoon and evening festivities will take place.

The crowning event of the Acadian national holiday will be "L'Acadie de l'Amérique". This major outdoor multi-media event will celebrate Acadian culture in its American context. Zachary Richard will be the featured performer, bringing together a line-up of artists from all over to celebrate the Acadian diaspora (Louisiana, New England, Haiti, France and Canada).

To encourage and illustrate the collaborative gains developed in Acadia of Lands and Forests because of the CMA 2014, we are exploring a pairing idea between municipalities with groups of three, one triad in Témiscouata, one in New Brunswick and one in Maine. Each triad would collaborate to offer an event on August 24th which would represent the result of their collective commitment.The theme of the day will confirm the inclusive character of the "New Acadia" while celebrating "L'Acadie du Québec" (Acadia of Québec) on Québecois soil.

At sunset, the show "Nouveau Départ" will celebrate "L'Acadie du Québec" (Acadia of Québec). The emphasis will be on the shared heritage of folklore and the new wave of artists and musical groups that bring traditional music to life with a contemporary, youthful sound. This is a celebration of our shared heritage and the vibrant force of a new generation of artists who are propelling Acadian and Québecois culture toward a thriving future. Fireworks on the lake will signal the end of the CMA 2014 and launch the new beginning!